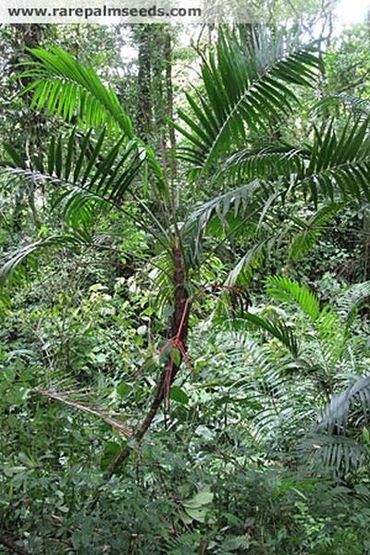 Prestoea longepetiolata is morphologically and ecologically similar to P. carderi, but their ranges seldom overlap. It is a variable species throughout its range. Inflorescences are small with fewer rachillae in the western (Nicaragua) and southern (Colombia and Venezuela) part of its range, but they are much larger in Panama and Costa Rica (except at higher elevations). Two local forms, one from Panama and Costa Rica and the other from Colombia and Venezuela, are here recognized as separate varieties, in addition to the typical variety from Nicaragua to Panama. (Gloria Galeano and A. Henderson)/Palmweb.