Desmoncus cirrhifera is found in Colombia, Ecuador, and Panamá. From 9°24'N-1°27'S 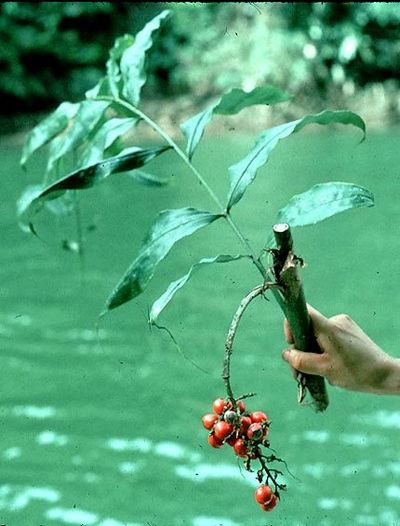 The species is easily recognised by the long tail at the apex of the leaflets (Borchsenius, F. 1998)/Palmweb.

Subspecific variation:-There is a gap in the distribution of this species, in southern Colombia. Although this may be an artifact of insufficient collecting, specimens from Ecuador appear larger than those from Colombia and Panama. However, there are too few data to test for differences. (Henderson, A. 2011)/Palmweb.

Uses: Desmoncus cirrhifera is one of the most utilized palm species of the Pacific coast region of Colombia. It is used to make nets and shrimp traps (catangas) in the Bahía Malaga and Río San Juan delta areas and is prized by the indigenous. The flexible stems of the matamba (Desmoncus cirrhiferus), are used to construct cradles, and baskets. The stems are used for making fish traps called catanga. Raw fruis are edible.