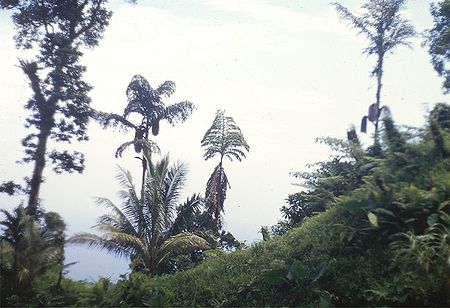 Several large individuals of Caryota rumphiana in a clearing on Misima. Photo by Frederick B. Essig.
Philippines, Queensland, Solomon Is., and Sulawesi.

This is a monocarpic species.