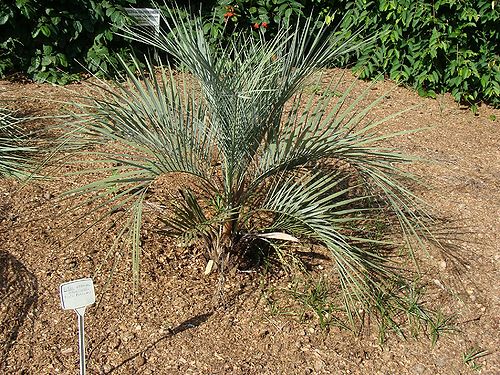 A rare dwarf palm native to cerrado scrubland on sandy soils in the southwest of Brazil in Mato Grosso do Sul and in Paraguay. It forms only a briefly upright stem that holds a crown of attractive, neatly arching and strongly keeled, bluish leaves. Even though locally common in its native habitat, it is very rare in cultivation and seeds are almost never available. It adapts well to cultivation in a range of warm temperate climates. (RPS.com)