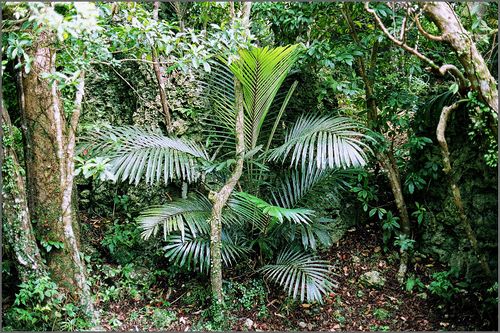 This species has been illustrated by Walker (1976). Several specimens of Arenga ryukyuense are known from the Bonin Islands. On the label of two of these is written “grow wild from cult?”, indicating a cultivated origin for these specimens. The genus is not included in the palm flora of the Bonin Islands (Moore and Fosberg, 1956). (Henderson, A.J. 2006)/Palmweb. Editing by edric.