The closest thing to a living legend the palm world has to offer is Dr. Mardy Darian. If you’ve been involved with palms or exotic plants for any length of time, you have probably heard the name. But many think of Mardy as a man shrouded in mystery with an almost mythological mystique – and so is his garden.

Palmpedia is lucky enough to have Dr. Darian and his wife’s support in presenting these unprecedented panoramas of a small portion of this masterpiece of a garden. Rarely open for viewing, I think it is safe to say that no other garden in Southern California approaches the maturity and diversity of this one. What was a bleak arid rocky hilltop in 1964, is now a tropical paradise that is a world apart from the rest of the surrounding countryside. The Darian Garden is a testament to a lifelong philosophy of reforestation to improve the climate and environment long before it became chic.

It was this ability to look forward, and to dream large, that prompted Mardy to visit Madagascar in search of exotic palms and plants before many even heard of the island. He was arguably the first “modern” serious collector to make the trek that many have followed. With perhaps a dozen trips under his belt, many of the super rare and beautiful plants that grow here originated from Madagascar.

Palmpedia will attempt to build on this page and give the rest of the world a look into what few have seen and experienced. The Darians have a commitment to preserving this unique and valuable resource, and have been pursuing all options to attract a benefactor for help in the gargantuan task of maintaining and constantly improving the garden. A website has been created to showcase the garden and the beautiful home for anyone interested in acquiring or becoming involved in the future of this masterpiece. THE DARIAN HOME AND GARDEN

There will hopefully be more information, stories, photos, and features of interest to come, and to help spread the word. Stay tuned. 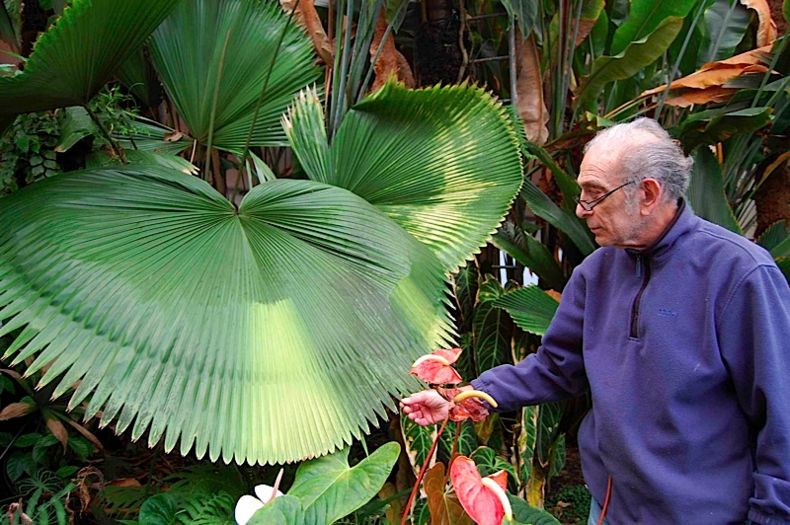