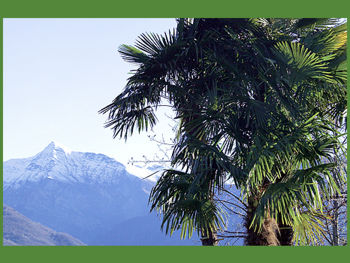 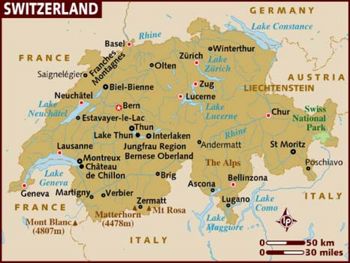 I've just taken a few pictures outside, but it's not the best day today. Because there is no sun and it's chilly, only around 40° F after maybe 28 last night. Here the nature takes long to get going in spring. Since our weather many times falls back to some cold days with lightly frosty nights. Our last expecting date for frost is 15. of may. Although many years there is no frost anymore after 20. of april. But sometimes we still can get a light frost in hollow places in early june! Here are some of my palms that I grow:

First of all the famous Sabal minor, which is an easy to handle plant. As long as you keep the ground away from freezing it is at least as hard as a trachycarpus fortunei. Mine is not at a very sunny spot, that's why it doesn't bring up more than one leaf per season. It has taken three winter so far with no frost damage ever. Last winter it took more than two weeks of permafrost down to -11° C (12°F) at its spot. I don't cover the leaves and therefore they suffer a bit when there is too much wet snow. It also gets likely some weird twisted leaves after winter. I hope that will soon grow out since it's been in the ground for a while now. This is my Chamaerops humilis that is growing very bushy, since it has been frozen back to the ground three years ago.

Three years ago, after burned to the ground by frost Sometimes I can pull some of its spears after winter or one or two leaves die off as you can see on the top left. But never the less a beautiful plant! I am still waiting for a bloom. This cycas revoluta I had totally covered with dry leaves and a rain shelter. It did not suffer any frost damage! The damages you can see is sunburn from last summer. I brought it from the living room out and put it at a sheltered place, but it still got about 40% leaf burn. Here are some more of my test plants.This two groupes of Chamaedorea radicalis I covered them the same way as I did the Cycas revoluta. Yes they have some damage, and I allready could pull one of the spears, but in general I am happy they made it. My Jubaea chiliensis I have planted in 2004 the first time, the after the second winter in the ground I could pull the spear it lost all its fronds. So I replaced it with a new one from on e-bay. And the old one I potted up. Then with the new one the same thing happened again after the second winter. But by then the old one had recovered and I planted it back on its former place last spring. Yucca recurvifolia, no need for protection, not even mulch

A couple of Trachycarpus fortunei. They are seedlings that I pulled out growing wildly in a forest in ticino, south of switzerland. Planted last year. Very hardy.

The wild Trachys are in the south, and the difference between northern and southern italian speaking Switzerland is huge! While we are in USDA zone 7a - 7b, ticino the southern canton is 8b - 9a! The oldest Jubaea chiliensis in Europe for example is growing on an island on the lake maggiore in Ticino. It was planted 1853! Because of the lakes the clime is very mild, comparable with the northern cost of the mediterranean sea. Warmer than more southern places in northern Italy.

It is a beautiful touristic place, where they started growing palms more than 100 years ago! That's why in some places like parks, forests, private gardens you can see young Trachycarpus fortunei growing like weed. It is the swiss canton that gets the most rain, and is therefore a very green place. For comparison, the clime is maybe like an average california clime, so you can grow everything you can grow there.

Have a look here, there is a new topic from a palmfreak in Ticino. European Palm Society Article (Must register to view)

You can see Trachys every now and then, but the most people wrap them up with fleece for 4 - 5 month. I cover my Trachys only for the coldest nights. As you can see my palms are still small, but as bigger they get as less protection they need. New Sabal minor in the ground 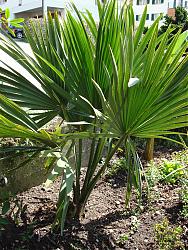 Since the weather has warmed up some of my palms have shown real bad damage. The two groupes of Chamaedorea radicalis have completely last their foliage. The same also the Sabal minor. But now I know for sure that its place is not sunny enough and it can not built up its full hardiness. It gets only filtered sun from 9am - 1pm. For the Ch. radicalis I will pot them up again and just hope they may come back. Their place is full shady, and that's probably not the best for my clime.

Some days ago I passed by at a countryside nurserie and I was very surprised to see a beautiful big specimen of Sabal minor! I have never seen any of them in my country. The one I have was from Germany. Because of the good price I could not resist. Back home I tear out two old rhododendron bushes and gave my front yard a bit more of a tropical touch!

Planting palms in my country is a game of losing and winning! 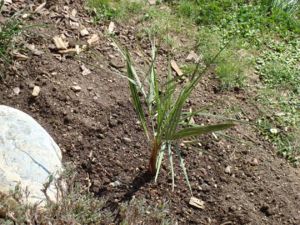 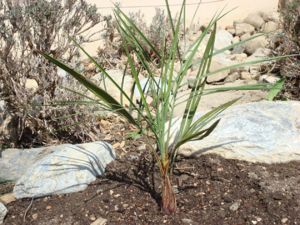 A mild winter will help

Chamaedorea radicalis and sabal minor didn't look good after last winter as you can read above, but all the rest is o.k.

My largest attention is directed to the butia x parajubaea hybrid that I have planted out this spring.