Copernicia glabrescens is found in western and west central, coastal 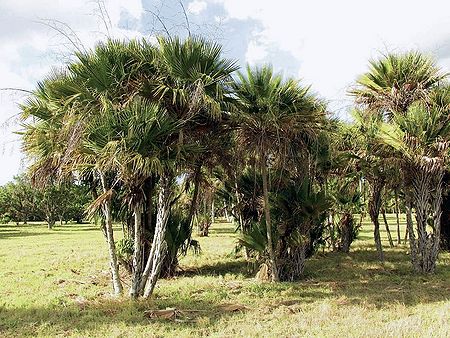 Notice the difference between leaf configuration, in the partial shade grown Hawaiian specimen, and the full sun grown specimens, edric.

Native to the savannas of western Cuba, this medium-sized palm is generally similar to the well-known C. hospita. It has a short, weakly suckering and relatively slender trunk, covered in old leafbases, and a spreading crown of stiff, circular fan leaves, light green above and waxy gray below. Like all Cuban Copernicia, it is relatively slow growing and prefers full sun even as a seedling. A dry tropical or subtropical climate suits it best. (RPS.com)