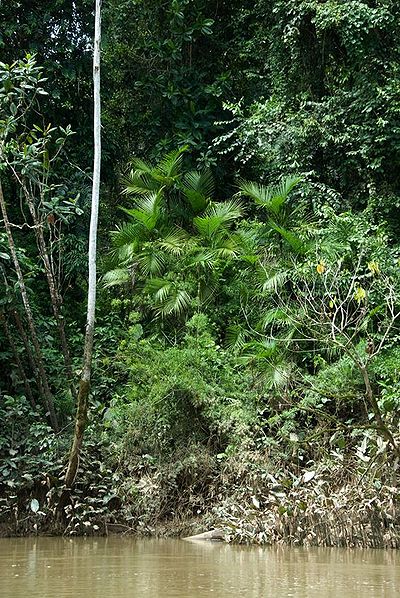 Bactris concinna is diagnosed by its 16-52, regularly arranged, linear pinnae per side, middle pinnae 15-52 x 1-2 cm, staminodial ring, and 2-3 cm long purple-black fruits. Synonymy was established by Henderson (1995), who recognized three varieties. These are given specific rank here, because there appear to be consistent differences among the three, and few, if any, intermediates. Henderson (1995) called the present taxon B. concinna var. inundata. The correct name, however, should have been B. concinna var. concinna. (Henderson, A.J., Bactris (Palmae) in Flora Neotropica Monographs 79. 2000)/Palmweb.

Uses: Fruits are edible, and used as a sweet. The outer layer of the stem is used as a wading in the compression of gunpowder into muzzle loading rifles. Edible fruit; borne in cluster 25 cm long, weighing about 2.3 kg. The dark purple brown fruits of Bactris concinna, are gathered along the banks of blackwater rivers and streams as well as in swamps. Before the fruits ripen, kids sometimes gather them to eat the embryo, which is still soft when the fruits are green. The fruits occasionally turn up in regional markets and are fed to livestock. Small bows are made ​​to hunt mice. Medicinal: A decoction of adventitous roots is drunk to cure colds and bad cough.

Bactris concinna var. concinna: This medium-sized Bactris from lowland rainforests in the western Amazon basin forms large clusters of thin trunks that can reach 8 m (27 ft.) tall but usually stay smaller. Each carries a sparse crown of flat, pinnate leaves. The edible, dark purple fruits are the size of large olives and are held densely clustered on a short infructescence with few branches. They are occasionally seen in local markets. In cultivation it is best suited to the humid tropics. (RPS.com)