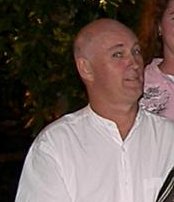 This page is dedicated to one on our more eccentric members. We needed one location to collect all the tidbits and ramblings of this crazy Aussie and his friends. Let's hope Wal keeps adding for our enjoyment. Others may contribute as well. Any Aussies out there with interesting moments in Wal's life?

ANOTHER NEW ONE - "TAMBOURINE BANGALOWS" 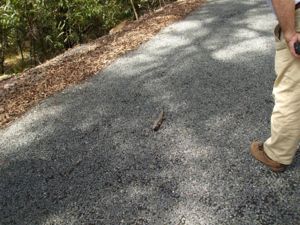 Whilst driving along in our ratpack filled Tarago van to the magnificent Blackdown Tablelands which had begun looming in front of us, our driver Mike (Newcal) saw a lizard in the middle of the road in front of us so we stopped and checked it out. I coincidentally had just started a mini film and captured the event. After we got out and observed the lizard, it suddenly ran at enormous speed under the van. As you can see we didn't find it again and we ended this film with one of my maniacal laughs. We travelled for another 15 minutes or so and began slowly winding up the tablelands road when we sighted our first Livistona fulva in habitat, man what a sight.We stopped for a second, some of us got out and thought we might back up further down the road for a better look at some other palms we missed. As we backed up what do we find ? the same lizard, he had hitched a ride all that way and dropped off. Amazing courage, stamina, toughness of this aussie lizard.

These are older videos and may not be playable on Apple Computers. Wal's newer additions should all be available on Macs and PCs. LOOKING ALMOST NORMAL
The growing reputation of the Rat Pack deserves a gallery of some of the recent Blacktown Tablelands escapades.

"The Pack" Hits The Road 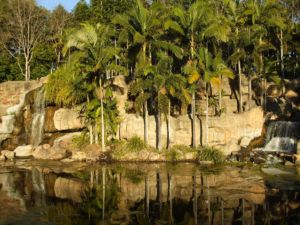