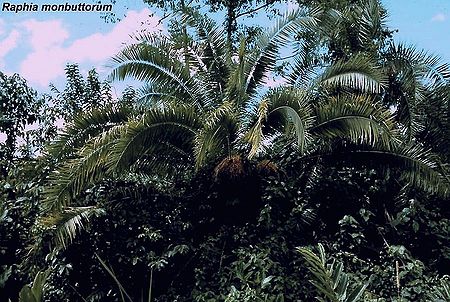 Acaulescent or with a stem up to 5 ft. long. Leaflets irregularly arranged, up to 1 1/4 in. wide. Male flower: Calyx shortly campanulate, 1/4– 1/8 as long as the corolla. Corolla-lobes curved, narrowly lanceolate from a linear base, long acuminate, 9–10 lin. long. Stamens 6, adnate to the base of the corolla-lobes; anthers narrowly linear from a sagittate base, shorter than the filaments; connective shorter at the back than the anther-cells. Female flower scarcely half as long as the male, obtuse and broad. Calyx enclosing, and its teeth overtopping, the short corolla. Staminodes absent. Young fruit long-pointed from an oval base, mature unknown; scales in about 12 rows. (jstor.org), Editing by edric.