I was asked to post some pics while I was already in the midst of this planting project. I had some Joeys, Licualas, Pinangas, and Calyptrocalyx that had been screaming at me for some time to be freed from their pot bondage and to let their roots loose in the ground. But here in the Hawaiian forest it is no small task. I had been eyeing this one area as a possible place for some of these choice species, but when looking at what I had to start with, it is easy to keep putting it off. Clearing this one area would take at least 10 days of hard, sometimes dangerous work with a chain saw and ankle breaking terrain. But the computer had to go to the shop, and that left me with some spare time, or should I say no excuse. :)

This is what the raw "canvas" looked like before I got started. The main plants that need to be cleared are the invasive strawberry guava and the native "vine" ie ie, while leaving the native ohi'a trees, kopiko trees, and the hapu'u (tree ferns). 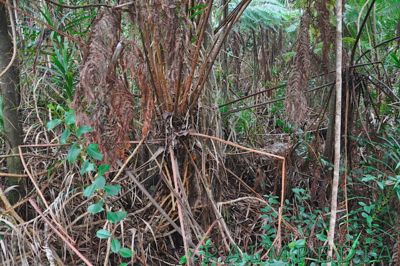 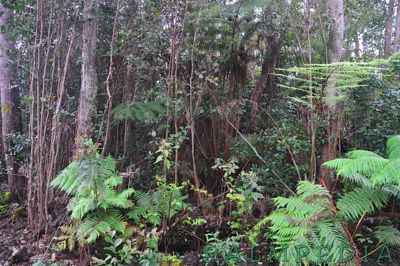 The hapu'u grow to about 8-10 feet tall and then will fall over to extend their life by growing more roots along the main trunk into the ground and sending up occasional new off shoots. Some of the larger ferns around here can be seen to have fallen over multiple times and could be at least a hundred years old. 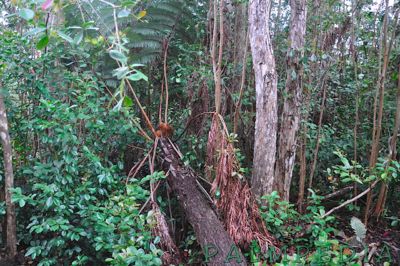 A recent fallen trunk, not too late to try and prop up. More on this later 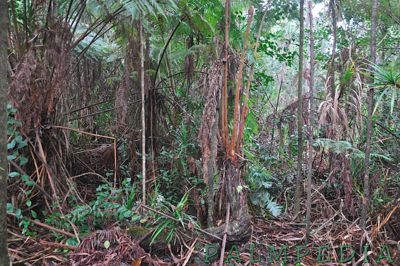 This is what it looked like after a little blood, sweat, but no tears. The beginnings of a pathway is taking shape, some of the large Joey's have just been planted, and a lot of the new stuff has been selected. If you look closely you can see some of the hapu'u have been propped up awaiting the orchids and epiphytes to be placed on them later. Some of the rough irrigation has been put in to help things get established should a dry spell arise. 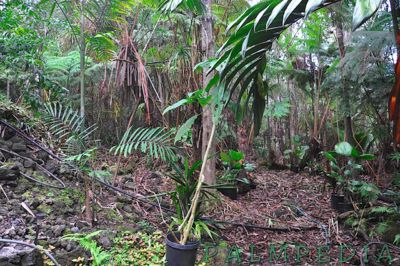 The developing path extends into what was once dense vegetation. 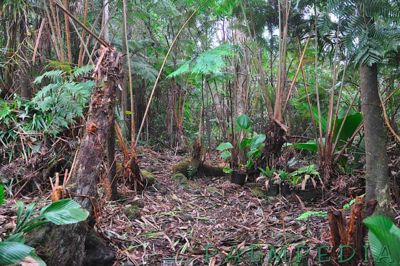 A little further in

It was nice to get these Joeys in the ground. I had been saving them for awhile while I waited for that "perfect" location to open up. These things have sliced me up on numerous occasions moving them around. And getting them in the ground was no exception. 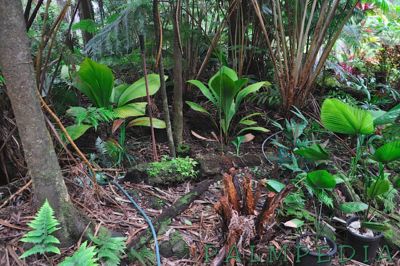 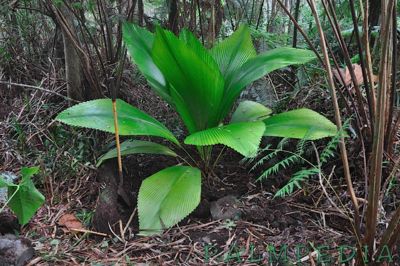 My largest with a shovel for scale

Here's the area destined for the Licuala peltata var. "sumawongii," with a Lemophoenix thrown in for some size and color.

Licualas will be to the left in the more open area 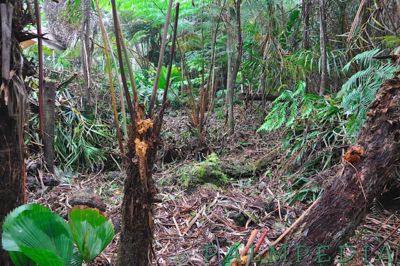 Not much if any canopy here

But first, there is a huge heavy Ohi'a branch that has died hanging directly overhead. It is close to the house and where I park the car. So I decided to pay and have it removed before I planted some rare stuff underneath. 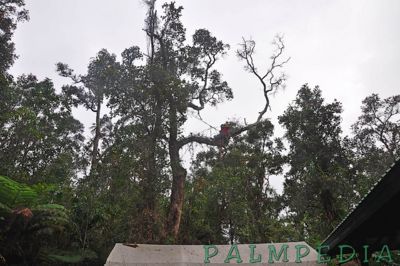 The soon to be removed limb 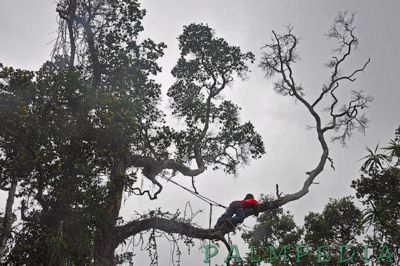 Out on a limb

After some tough digging in a rocky area (what else is there here), the Licualas and Lemurophoenix are in. Some photos from the other direction. 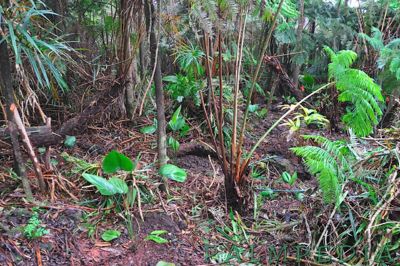 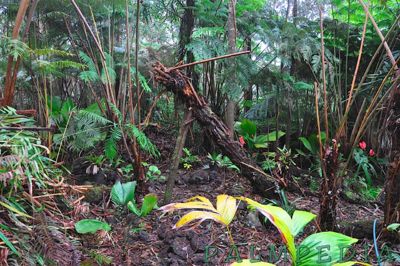 A zoom in, notice the hapu'u propped up, and the Joeys in the background along with some other smaller goodies to be seen next

Along the new soon to be pathway is a perfect place for some eye candy. 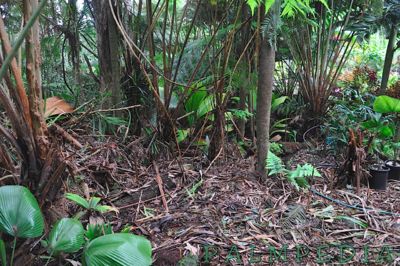 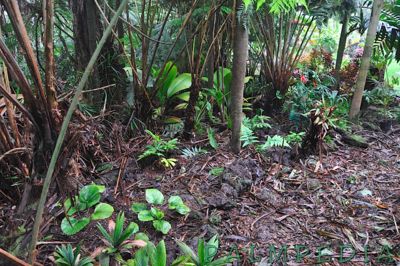 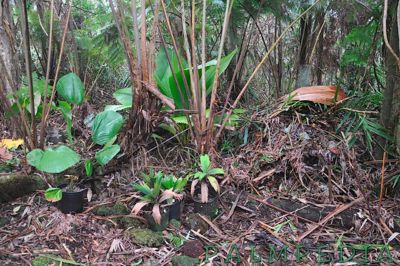 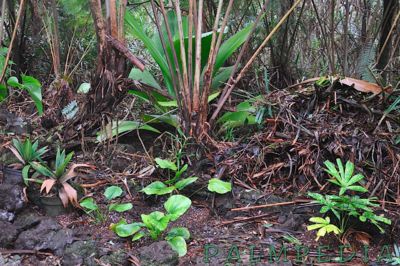 And from the other direction. 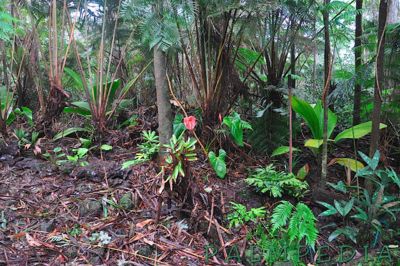 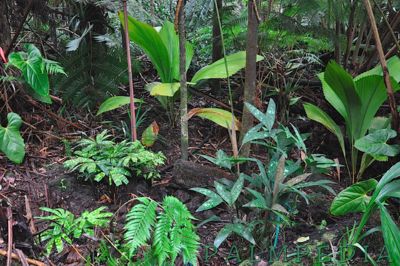 Well, at least most of this part of the project is in the ground - with about ten more to go for now. Then some philos, anthuriums, etc, along with some orchids on the hapu'u. Then a whole lot of clean up and fine tuning. I'll take some more shots when it looks a little cleaner and neater.

Feel free to register so you can comment or ask questions after clicking the "Discussion Tab" at the top.