Living on the Cote d'LaLa with Dave Bleistein

The Megalopolis That is Southern California

For the purposes of all that follows, Southern California is made up of the counties of: Santa Barbara, Ventura, Los Angeles, San Bernardino, Riverside, Orange, San Diego, and Imperial.

Depending on who you ask and their mood at the time, the population of Southern California is anywhere from about 15 million, to about 20 million.

La Habra is a small city in the extreme northwestern corner of Orange County, which is just to the southeast of Los Angeles County, population, about 50,000. La Habra lies in the coastal zone of Southern California and shares a similar microclimate with cities like Camarillo, Beverly Hills, Montebello, Whittier, Santa Ana, Mission Viejo, Vista, and many parts of San Diego. It is blessed by a location on air-drained slopes, with coastal influence over its climate, with a bit of inland heat.

If you want the official La Habra City website: [1]

If you want the United States' Census' page for La Habra:

My Home and Garden 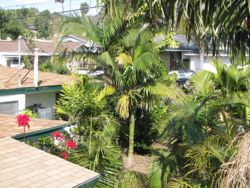 Same pic to illustrate a point

Here's my house and garden. It began as a figment of my imagination in "****" and is still along way from what I see in my imagination. But it is slowly getting there. 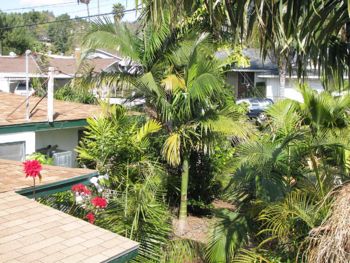 Here's a list of some of my Palm Related Activities in SoCal.