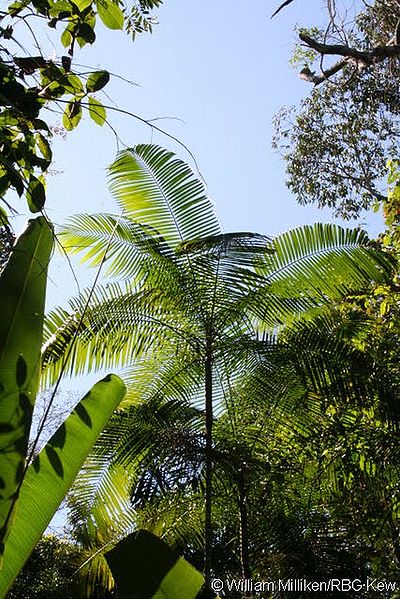 This species, one of the most poorly known of the genus, occurs sympatrically with Euterpe precatoria and less often with E. oleracea. The large peduncular bracts described by Barbosa Rodrigues (1875) have not been observed on our specimens. His description and illustration (Barbosa Rodrigues, 1903), however, agree so well with our specimens that we have little doubt that they all represent the same species. (Gloria Galeano and A. Henderson)/Palmweb.