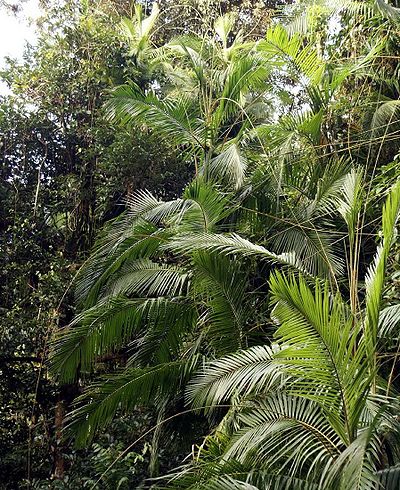 This species has, many more leaflets, than the others. Special note: Most of the Calamus species have, long whip-like flagella to 3 m long also bears numerous hooks. Although a nasty palm when large, densely covered from root to frond in fierce armament, its multiple trunks forming messy clusters that scramble up taller trees, when still a baby it is quite well behaved and really cute, you would even allow it in the house. Not unlike the man eating crocodile native to the same region of Australia if you come to think of it! For hardened palmophiles only. Editing by edric.

Calamus is the largest palm genus with over 370 species in it.