From Palmpedia - Palm Grower's Guide
(Redirected from B. mexicana)
Jump to: navigation, search 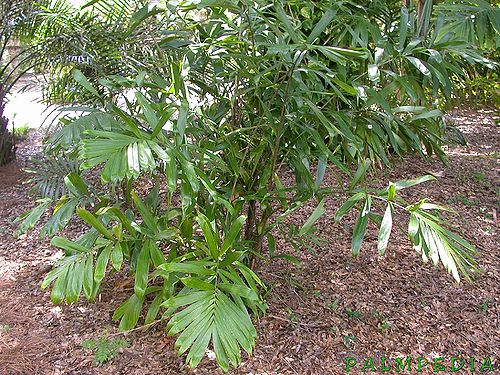 This is a typical Bactris, only grows to about 3 m. Somewhat unevenly opposed Pinnae, which gives it a feathery appearance. This, together with its orange fruit, is a beautiful, but thorny palm, good growth in the tropical or subtropics.

Bactris mexicana is diagnosed by its 12-36 rachillae 8-16 cm long, obovoid, bluntly rostrate orange fruits 0.8-1.2 x 0.9-1.2 cm, and turbinate endocarp that is pitted distally. Synonymy was established by de Nevers et al. (1996). Two more or less distinct forms are recognizable among the specimens examined, Bactris mexicana var. trichophylla and Bactris mexicana var. mexicana, and each has a more or less discrete range. There is, however, some overlap in characters in specimens from Guatemala, and so 1 recognize these two forms as varieties following de Nevers et al. (1996). (Henderson, A.J. 2000)/Palmweb.