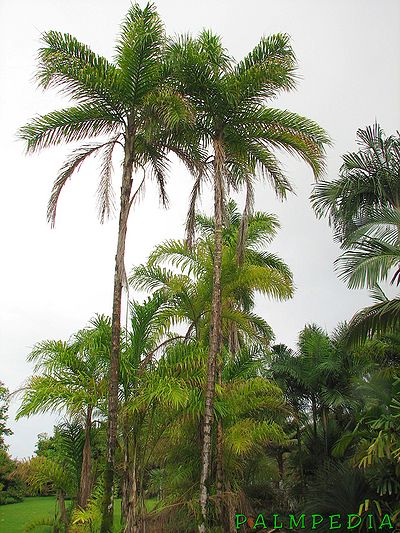 Spineless form.
Costa Rica, Ecuador, French Guiana, Honduras, Nicaragua, Panamá, Peru, and Venezuela. Widespread in the neotropics, mostly cultivated. This useful palm is apparently indigenous to Amazonian areas of Colombia, Ecuador, Peru and Brazil, but it has been cultivated and distributed by Indians from ancient times, and is so commonly naturalized as an escape that its natural boundaries are obscure. Of prehistoric introduction into Costa Rica, it is plentiful in a seemingly wild state of the Atlantic side of that country and also much cultivated.

Not known in the wild, but occurs in Central and South America.

A cultivar form, B. gasipaesBactris gasipaes. Used in the production of palm hearts.